Happy Fourth of July! Those of us in the U.S. have a three-day weekend coming up — how shall we celebrate our nation’s birthday? Ideas below, but first a couple of thoughts on independence. 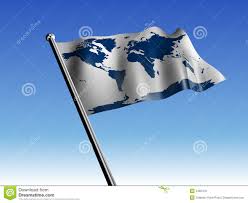 Why not celebrate the interdependence of all nations on the Fourth?

Given that the U.S. is now 238 years old, I think we are old enough to move past the glorification of independence. Teenagers, also known as adolescents,  are obsessed with independence — including me back when I was a teenager. Heaven only knows how my parents put up with me.

It’s a normal stage of development, for both people and nations. The downside of independence-worship is that it’s self-centered. The focus of independence is all on self, with no awareness of how you impact others. Hence the epic suffering of parents of teenagers.

On the international level, hence the epic suffering induced by climate change, which is driven by fossil-fueled overconsumption.   We in the U.S. are 4% of the world’s population, consuming 25% of its resources.

We can all be leaders via our choices. Here are ideas for celebrating the 4th of July weekend, based on the idea of interdepence, i.e. we all impact each other and the world with everything we do. 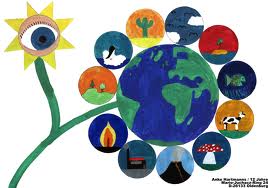 1. Embrace the outdoors, letting go of TV and electronic entertainment. Summer weather is too precious to be sitting indoors. Get outdoors, instead: walk and bike, throw Frisbees and softballs around, run through sprinklers; take nature hikes; play volleyball, soccer or croquet. Besides, no TV constitutes a great diet.

2. Have people over. Don’t be perfectionistic about what this looks like. People need our interest and our warmth, not our shiny surfaces. See top ten tips for hosting people. The single biggest predictor of happiness is the quality of our relationships with others. The fourth of July weekend is a good time to build our relationships.

3. Read a good book, and talk about it with others. The founding fathers who wrote the Declaration of Independence and Constitution read a lot of good books. Let’s emulate them. Use the library if needed: your taxpayer dollars at work. Two of my favorite reads are Barbara Kingsolver’s Prodigal Summer and Eric Brende’s Better Off: Flipping the Switch on Technology. These books show people living rich, joyful lives of interdependence.

4. Go to church. The beauty of worship, to me, is in getting past details of dogma and simply being part of something much greater than ourselves, a Creation guided by love. Another great thing about church is that people of all ages come together, from inf inter-generational community it fosters. If you’re on the political left, don’t reject religion just because the political right has made it appear conservative. Take a look at my Confession: I Love Church.

5. Make your own food instead of buying pre-packaged food. Sure, it takes more time, but that’s what three-day weekends give us a rich supply of. Apple pies are American, so bake one. If you are pie-crust-challenged like me, make a fruit cobbler (sweetly forgiving by nature).

6. Better yet, grow your own food: get out in the garden. It’s highly patriotic to nurture the land we’re living on, and to not just depend on corporate agriculture to feed us. As I write, our blueberries need to be picked again, and if you were to show up at my front door, I would have blueberries from our bushes to share with you. If I’m not home, feel free to pick some for yourself. Remember that working in the front garden makes us available for some great chats with neighbors.

Receive future posts on how to be rich in what matters. Easy to unsubscribe with a click any time: