Today’s post is on the lighter side.  A reader in Arizona  has suggested that I am a hippie.

Or, to be more specific, he wrote I am “definitely much more of a hippie” than he himself is. Hmm. 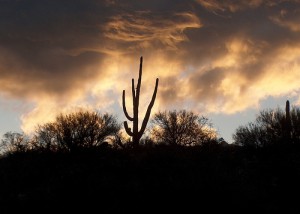 His tone was friendly enough, but I’ve been pondering this hippie business, this label, for a couple of weeks. I see myself as an alternative thinker, a progressive, rather than a hippie. But I’m willing to admit some common ground. . . . for instance, feeling connected to the natural world (hence the photo to the right).

Let’s look at appearance . . .  body hair, for example. Hippies (of both genders) are known to be hirsute. Unshaven legs and armpits have been sighted in women, for instance.  Progressives, in contrast, generally see razors as their friends.  In this arena, I’m not a hippie. (I eschew tattoos, too . . . . . not that I would judge you for having any).

Work. Work is a more foundational area of a person’s life than mere appearance. Hippies have a reputation for being work-averse, maybe even slackers, and  to have issues with authority figures. Progressives, though, usually embrace work, often professional work, partly because it provides outlets (legal ones) for their passionate progressiveness. Many interact fluently with authority figures (got to win them over to the cause!)  I make my living in the niche field of transportation options (bike/walk/transit/carpool), and tend to gravitate to the most powerful person in any given room, eager to talk with him or her about mutual interests. Again, I seem more progressive than hippie.

The matter of food: OK, I join hippies in my preference for vegetarian, ethnic, organic and local food. And I’ve been known to grow some food of my own, though I’ve never lived in a commune on the land, as my friend Vicki, 65, did in her youth. We recycle and compost here in my Portland household — but here, that’s mainstream. (I understand Arizona and many Southern states are a little behind on this :).)

Religion? I love church — no mind-expanding drugs needed for me to feel connected to Creation. I hike or bicycle on Sunday mornings to Lincoln Street Church. It happens to be Methodist, but I don’t worry about details of dogma or theology (and neither does my church). Being a church-goer is fairly conservative in the context of Oregon, a highly unchurched state — but I’m happy to be square when it makes sense to be square.

How about temperament? Hippies would generally be Type B . . . . . ranging to Z. Easygoing, no compulsions to accomplish things, especially not on tight schedules. My husband and my boss both tell me I am Type A: driven to achieve.  I would simply add in my defense that I am a loving , sometimes even effusive, Type A person.  For example, if you are a hippie, I would probably find you lovable – platonically.

Which brings us to relationships. Hippies, at least the old-timey flower children of the late 60’s and 70’s, were into ‘free love’.  I had thought the modern term was ‘open relationships’, but Vicki, my hippie expert, informs me that has been replaced by ‘polyamorous’ (i.e. loving multiple people). Progressives (well, I can speak for my husband and myself) are into steamy, passionate monogamy. I quote Kris Kristofferson’s Me And Bobby McGee: “Freedom’s just another word for nothing left to lose.” When I love someone, I have plenty to lose.  While I’ll admit I sometimes flirt a little, I have zero tolerance for messing around. In the arena of love relationships, I would clearly make a terrible hippie.

On the other hand, I join hippies in leftie politics, embracing diversity, questioning illegitimate authority, and dislike of corporate culture, especially when it emphasizes profit-at-any-cost. Our world needs the opposite of the latter. Clothing-wise, I do love flowing skirts, faded Levis and lacy camisoles — but you won’t catch me dead, Grateful or otherwise, in a tie-dyed T-shirt.

Over to my readers:  do you identify with hippie culture? Would you agree with the reader who suggested I am a hippie?