This piece of mine was first published by the Philadelphia Inquirer on Memorial Day, 2003. 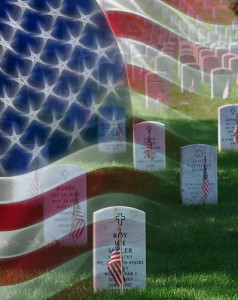 I have some mixed feelings about Memorial Day.

On one hand, I deeply respect people - in this case, soldiers and veterans - who work and struggle for causes larger than themselves, and are willing to die for their cause. I’d like to be as devoted and courageous as they are.

On the other hand, I want a world in which our children and grandchildren advance freedom and justice, yet die peacefully, and are never maimed or murdered in wars, nor inflict that on others. Is that vision less than patriotic on my part?

I look to history to help me understand patriotism and progress. I read that the ancient Aztec culture made thousands of human sacrifices annually because they believed those deaths would appease their gods and protect them from danger. One million women (a conservative estimate) deemed witches were burned at the stake during Europe’s Middle Ages in the conviction that those torturous deaths were for the greater good. In the 21st century, we see these cultures as having been sick and mistaken. But the cultural fears of those times justified the slaughter as necessary.

Similarly, our modern fears justify our modern slaughters, our wars. We frame war as a last resort we employ only to protect ourselves. Yet, the not-violent revolutions and regime changes in the former Soviet Union and South Africa show that human freedom and progress can happen, on grand scales, without war. Possibly, our great-great grandchildren will see the sacrifices of human life we made in our many wars  as inhuman and unnecessary - the same way we now understand the witch-burnings of medieval Europe and the human sacrifices of the Aztecs.

Entertaining that possibility does not diminish my respect on Memorial Day for the American soldiers who have died, and the veterans who have been crippled, physically and emotionally, by war.  I want their descendants to suffer less than they did, to win even better advances for humanity - as warriors of peace. That vision is my version of patriotism.